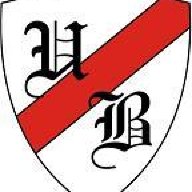 DNA, we are taught early on, is colorful. The building block of life is not just a whirligig-like twist, its purines and pyrimidines neatly paired and labeled; it is also an explosion of primary reds and blues and greens and yellows, the As and the Gs and the Cs and the Ts linked together to create a kind of modified, twisted rainbow.

Of course, that rendering takes artistic license. Watson and Crick determined DNA's structure [pdf, but a highly awesome one] based on a combination of sophisticated guesswork and, crucially, x-ray crystallography -- and that remains a workable, and powerful, technique for visualizing DNA strands. But crystallography creates its own kind of rendering: It's a technology whose imaging power relies on diffracted light. When we look at those now-iconic images of the double helix, the fuzzy X inside the fuzzy O, we're not seeing the DNA itself so much as we're seeing x-rays deflected from its atoms.

Which makes the image below pretty amazing. Though it is significantly less colorful than textbook DNA, and a tad less tidy than the double helix-demonstrating images produced by x-ray crystallography, it is, in certain ways, much more realistic. It isn't a rendering; it's a direct image of DNA, captured through an electron microscope. Yes. YES.
[optional image description]
Computer renderings and actual images of a DNA molecule, as seen through an electron microscope (Enzo di Fabrizio via New Scientist)

The image shows a single thread of double-stranded DNA suspended on a bed of nanoscopic silicon pillars. It was created by Enzo di Fabrizio and a team at Italy's University of Genoa, which developed a new technique ("an experimental breakthrough," they call it) for the purpose. The team, New Scientist reports, found a way to snag strands of DNA out of a dilute solution by, essentially, dehydrating them. They developed a pattern of extremely water-repellent, silicon nanopillars -- pillars that would cause moisture to evaporate quickly and leave behind strands of DNA as threads. And then, at the base of their "nanopillar bed," the team drilled tiny (very, very tiny) holes. And through those holes, they shone beams of electrons, which allowed them to capture relatively high-resolution images of the DNA thread.

And here's an even-closer-up view of the strand itself, its base pairs fuzzily evident in the magnification.

The team just published the details of this imaging technique in the journal Nanoletters. And the new system represents a significant step forward for nanobiology and all the fields connected to it, giving scientists a new way to understand DNA. Particularly when it comes to its structure -- the stuff beyond the double helix. "Direct imaging becomes important," the paper notes, "when the knowledge at few/single molecule level is requested and where the diffraction does not allow to get structural and functional information." The technique, New Scientist points out, will help researchers to understand more precisely how proteins, RNA, and other biomolecules interact with DNA.

Which is exciting. But even for those of us who are not researchers, the new approach gives us a whole new way to do something else: to see where we came from.

"Remember to keep yourself alive, there is nothing more important than that"